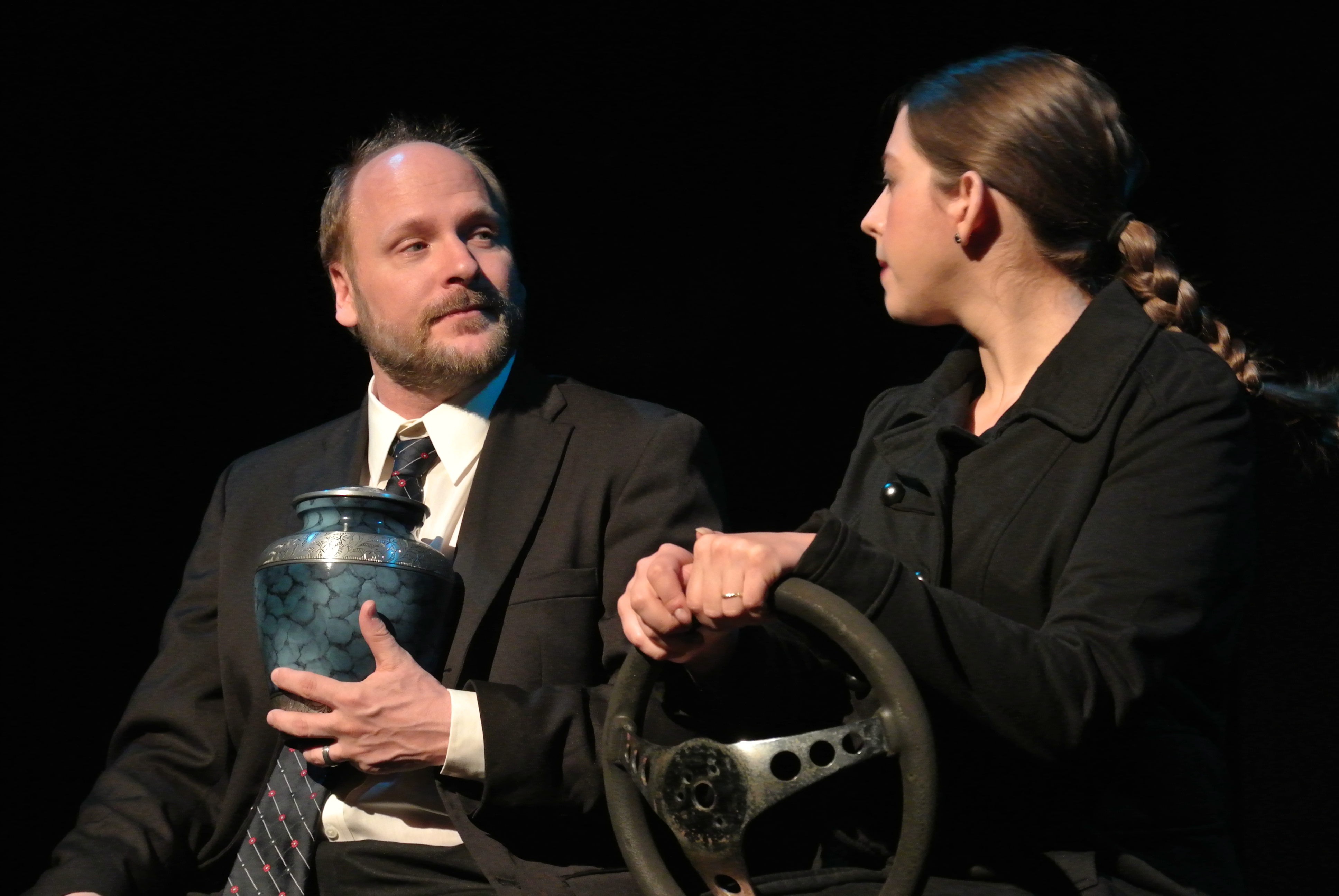 At Alleyway, we celebrate stories of everyone. So, as we hire and cast, we're committed to creating an equitable and accessible, diverse and inclusive, joyful community of artists and staff. We seek artists and staff representing the breadth of humanity; people of all genders, races, abilities, and ages should apply.
Board of Directors
Staff
BOARD OF DIRECTORS
The Alleyway Theatre Board of Directors is always looking for new members. If you'd like to learn more, please give us a call.

Alleyway Theatre was founded in 1980 by Neal Radice, who was the company's Executive Artistic Director for 40 years.

At Alleyway, he has been seen onstage in Navigators, Philosophus, Reefer Madness and Unholy Trinity. He is a five-time Artie nominee for his work on stages across the region.

His work as an actor and director runs the gamut from classic and contemporary musical theatre to Shakespeare and Ibsen, award-winning indie soaps to Mississippi Riverboat entertainment. In the new play field, Chris has directed and performed in multitudes of productions, workshops and readings, shepherding new work through all stages of development.

He previously taught Acting and Voice/Speech at Indiana University and is currently on the faculty at SUNY Fredonia where he teaches Acting and Directing. He is Vice President of the Theatre District Association, a Cullen Fellow, 2019 Spark Awards Finalist for Artist of the Year, and previously served on the Buffalo/Rochester Actors’ Equity Liaison Committee.

Emma is an Artie Award winning theatrical designer and technician, specializing in lighting design and production/stage management. She is a Buffalo native who moved back to the area after spending a decade working in New York City. While there, she worked as a freelance lighting designer and at several private secondary schools in Manhattan as a designer, stage manager, technical director and faculty member. Emma also took time to travel to London in order to achieve her Master’s degree, and is still looking for an opportunity to travel there again.
‍

Upon returning to Buffalo, she became Shakespeare in Delaware Park’s Resident Lighting Designer and has designed lighting for several other local theatre companies. Most recently, she was the Production Manager at UB’s Center for the Arts. Artvoice Artie award winner for Outstanding Lighting Design 2014, 2004 . BA:  State University of New York at Buffalo; MA: Royal Central School Of Speech And Drama, University of London.

Andrew has been honored to serve as Alleyway’s Company Manager since July of 2021. Previous to this, he was Alleyway’s Production Manager for three years. He is thrilled to call Alleyway Theatre his home. Andrew grew up in Buffalo, NY, and has worked as a Stage Manager, Production Manager, House Manager, and Magic Consultant in the Western New York area. He also works at Shea’s Performing Arts Center as the Receptionist. Andrew is a graduate of Daemen College with a B.S. in Theatre Arts Administration and a Certificate in Human Resources Management. Currently, he is also a student in Brooklyn College’s M.F.A in Performing Arts Management program.

Todd started his career at 22 as the youngest set designer ever to be admitted to the IATSE Set Designers and Model Makers Union, he quickly earned honors including an Academy of Television Arts and Sciences EMMY Award for his design work on the number one rated sit com Cheers. He also designed for such television favorites as Dear John, Ferris Bueller and the original pilot set of Gene Roddenberry’s Star Trek: Deep Space Nine. He contributed special effects and design work to many feature films including Coneheads, Clear And Present Danger, Beverly Hills Cop III, Witchboard IV and Star Trek: Generations.

Leaving Hollywood for his home of Buffalo, NY he quickly joined the Alleyway Theatre company and dedicated much of his design and directing work to the creation of new American plays, highlights include Pink Floyd’s The Wall In Concert, The Vagina Monologues, Happy Hunting, The Maids, Naked By The River, Big Happy, Tagged and Columbus. Warfield’s recent work includes numerous commercials and the set design for Buffalo Bills All Access with host Steve Tasker. Todd currently lives in Buffalo, NY in a home constructed entirely of stage sets including an Egyptian living room and bedroom he describes as ‘Louis XIV on Crack’. In his free time, he collects classic movie props, the most famous being Faye Dunaway’s dented coat hanger from Mommie Dearest.